WHAT IS INCLUDED IN THE PRICE?

Through over 20 high-quality events held worldwide, a2 fairs bring you face-to-face with people.

We are happy to share that a2 Fairs have recently completed the Spring 2022 Turkey Fairs with great success welcoming 7033 unique visitors and 70+ institutions with over 120 participants!

As the International Education Sector is one of the most adversely affected industries due to pandemic conditions, in order to return to our successful business life altogether we have quickly started our 2022 operations with great motivation courtesy of our valuable participants’ great compliments and the successful events!

• The population of Turkey is over 85 million and teenagers make up 15,4% of Turkey's population, higher than that of 27 EU member countries.
• Each year over 2 million Turkish students take the National University Placement Exam, but only 20% of them are placed in a university in Turkey. This means that many students will be looking to foreign institutions for admission.
• In 2021, more than 2,4 million students took the National University Placement Exam and only 370,561 students were placed in 4 year universities in Turkey.
• Current political atmosphere in Turkey encourage Turkish students to study abroad. Numbers are quadrupled in the second half of 2018.
• One out of every two students in Turkey believes that a language, certificate or a diploma program is a must to build a strong career in Turkey.

• In 2017, Turkey was the 11th leading country of origin for Intensive English Programs, as released from Open Doors Data.
• According to Open Doors Statistics, for the 2016/17 academic year, 10,586 students from Turkey studied in the US. This number includes graduate, undergraduate & intensive English Students but doesn't include short term, language students.
* According to Open Doors Statistics Turkey is the 15th leading place of origin for students coming to the United States. The majority of Turkish students in the U.S. study at the graduate level. In 2016/17, their breakdown was as follows:33.3% undergraduate; 45.1% graduate students; 7.8% other; 13.9% OPT (Optional Practical Training)
*Turkey Sends More Students to the United States Than Any Other European Country

• In 2008/2009 ,7865 Turkish students applied for student visa for studying in the UK.
In 2016/17,2590 Turkish Student studied Higher Education in the UK
-In 2017,Turkish student numbers increased to 3.855 in Canada
• In 2020, 1289 students enrolled in Australian Institutions.
• Since January 2004 the number of Turkish students studying in Canada has increased significantly. The number of long-term study permit authorizations increased by 14.72%.
• An overwhelming majority of Turkish students - 95% - would like to study overseas, according to a report released by the British Council
• Based on our past experience, we believe that Turkish students are playing an important role in enhancing student diversity on school campuses all over the world.
• Turkey is a member of NATO and the only Muslim country with a secular, democratic government. It is a modern environment in which schools can feel safe and can access regional markets conveniently.
• According to World Bank Education Statistics, Turkey is the 10th highest student provider country in the world.
• Per DAAD Statistics, the total number of international students in Germany is 320,000 and it’s 8,470 students are from Turkey in 2019.
• Turkey is the 20th largest economy in the world, in terms of gross domestic product (GDP). The GDP per capita of Turkey in 2020 was $8,538
• With private tuition fees in Turkey matching or exceeding those overseas.

HOW CAN WE HELP YOU? The International Counselors Workshop has been organizing under the a² Fairs umbrella for the institutions who are the key partner schools of the Turkey’s Leading Student Recruitment Agencies: Academix, Atlas, Edcon, Egitimal and Orbis. It is an excellent event for the institutions to engage with the counselors from different offices, increase their motivation and confidence to work more closely, strengthen the business relationship and willing to continue and support their long term partnerships. During the Workshop meetings the institutions will have the opportunity to improve the dialogue and collaboration with counselors from different agencies and their offices/branches.

Exhibitors will be able to meet 10th, 11th and 12th grade students, counselors & parents looking for all types of study programs abroad. The schools to be visited are carefully selected among the best high schools in the city, considering the income level of the families and also evaluated according to the rate of students studying abroad. Exhibitors will open a booth at the high schools within the event program, meet prospective students looking undergraduate degrees, language programs & summer schools abroad. These events will enable schools representatives to network among the top high schools and meet the most qualified students and the counsellors. a² is one of the most favored international fair organization, providing a wide range of choices for connecting students & institutions from different countries and cultures with utmost care. With our 30 years of experience in the education field; through digital media channels such as Youtube, Facebook, Instagram, customized landing page etc. and our website, we help you to reach the right target audience and many qualified students in order to ensure you to achieve the best results. Now, more than ever, the world can be your stage with our experienced staff and tailored digital marketing plan for your institution. Contact us today and be a part of a global community reaching more than 100.000 students each year with one touch.

a² International Education Fairs has been organizing fairs for students of all levels of studies for many years, covering a wide range of programs. a² Fairs targets, and primarily draws students who have met admission requirements, done their research and are ready to take their next step in education. With all the surveys and researches that we carry out, we give direction to the sector with reports and outputs that evaluate students' career goals, future plans and demands for education abroad from many perspectives. Our participant’s satisfaction is highly important to us and we constantly improve ourselves for the best quality and customer satisfaction. GREAT PICTURES FROM a² EVENTS

You will not only have networking opportunities at our events, but also fun! 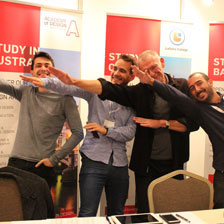 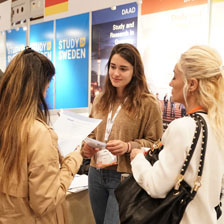 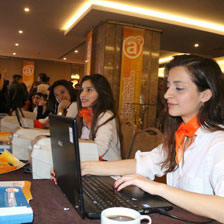 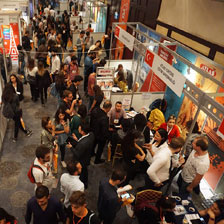 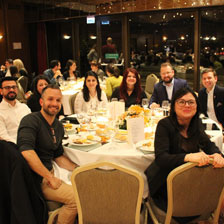 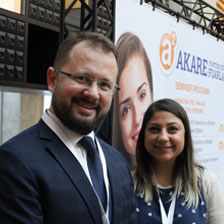 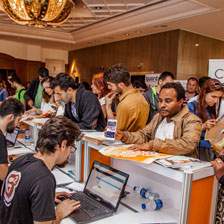 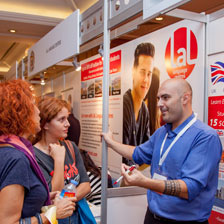 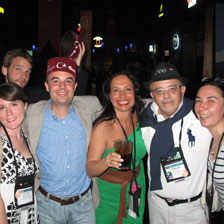 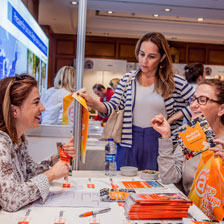 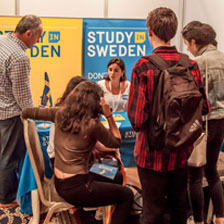 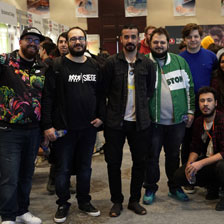 WE ARE MEMBER OF

Feel free to connect with us

We will get in touch with you asap.

With its 28 years of experience in the international education field, a² International Education Fairs has been organizing the most successful international student recruitment fairs in Turkey, Azerbaijan, Kazakhstan, Morocco, Ukraine for years. a² Fairs has been connecting yearly +400 institutions with +100,000 students, parents, educational counsellors, local universities & high schools.